Change your mind to enforce rights 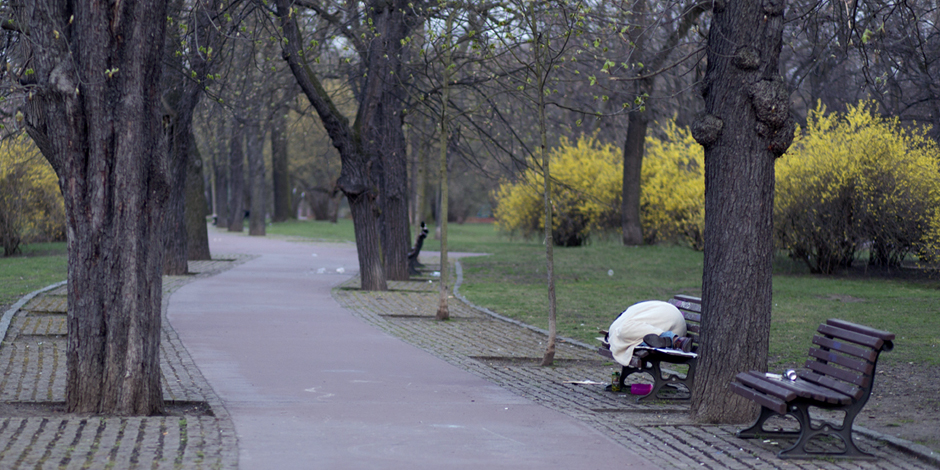 Imagine that your life is held by threads that hold you. A thread can mean your health, your education, your family, your job… And suddenly, a thread breaks but nothing happens because the other ones hold you. Time passes by and the situation doesn’t get better; and other thread breaks and the web is more fragile every time. And one day, you don’t know how nor why, you end up living on the street.

There can be a lot of reasons: an economic crisis, weak or strict social services, the discrimination that can be suffered due to the origin of the person, a family breakdown, the death of a loved one, a frail health…

In Catalonia, we don’t precisely know how many people have broken threads and live on the street. The last public figures are from 2016, when the Catalan Agency of Housing put on the table, the existence of almost 48,500 cases of bad housing in all the Catalan territory. And, from all these cases, 5,433 made reference to people who live on the street or in low requirement resources. The information, however, was focused exclusively in cases assisted by public services and, just like figures of 2014 say, it has remained as outdated.

Not knowing precisely how many people sleep on the street stops from creating effective alternatives and has another consequence: when you live on the street, you are invisible.

If you don’t have identification, you can’t go the urgency room, lose your privacy, live in permanent tension because you can suffer acts of violence, you have cold and in summer you can suffer heat strokes… you don’t have enough incomes either and even less, a home. Your threads have fallen and, with them, your rights: to housing, to feeling protected, to be registered, to have the support of the social services… to live. Because, on average, a homeless person lives 20 years less than the rest of the citizens.

At Arrels, we accompany homeless people for 31 years. Our action with people is focused in Barcelona and all this time, we have assisted more than 11,500 people. One of our responsibilities is to enforce the rights of people who have lived on the street or that still live on it, working with other organizations and having a direct contact with administrations. But, mainly, looking for citizens as allies against homelessness.

Most of the people that have seen someone living on the street come to us every day and worried they ask us what they can do. People we know explain that when they lived on the street, thanked anyone that approached them to talk or said good morning because is a way to make them visible.

We can also call social services and organizations that accompany homeless people; at Arrels, for example, we have created the app Arrels Localitzador (Arrels’ tracker) so citizens can inform us. Another option is to be aware of the threads of people we love around us.

Get someone to stop living on the street doesn’t happen from day to night. It is not a police issue either and requires social and preventive policies, actions in favour of a worthy and affordable housing, etc.

The key point is to change your mind and stop with myths and prejudices that still exist. Are you sure homeless people don’t want anything? If someone sleeping on the street doesn’t want to go to a foster home or to a dining area doesn’t mean he doesn’t need anything. Rebuilding trust requires a lot of effort and often, we see that the help we offer doesn’t have anything to do with what the person really needs and it doesn’t guarantees him to stop living on the street either.

Are you sure they are anti-social and alcoholic people? When you have a home you have protection but living on the street means being exposed to physical and verbal violence and to conflict situations. In the case of the alcohol, we should talk about illnesses and think that they are not the last reason to end up living on the street. In fact, there are people that start drinking to stop feeling cold or to not think they can be assaulted.

This change of mind should take us to try to give an answer from every municipality, so we can count with enough and flexible resources so people don’t have to go to a bigger city.

Imagine that in our streets nobody is forced to live on the street. And now, stop imagining and let’s make it into a reality.

This article is included in theAgenda Llatinoamericana 2019 that, in this new edition, goes beyond bigger causes to focus in little things.