Art to create, to innovate, to move… and to transform 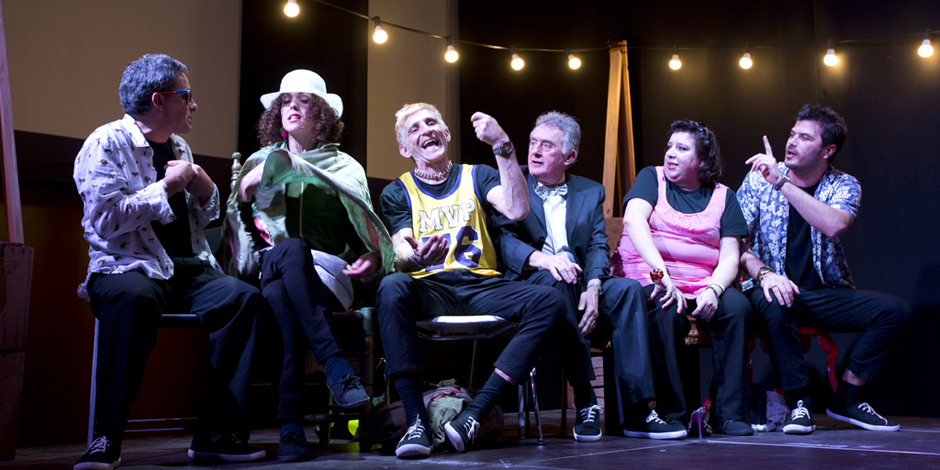 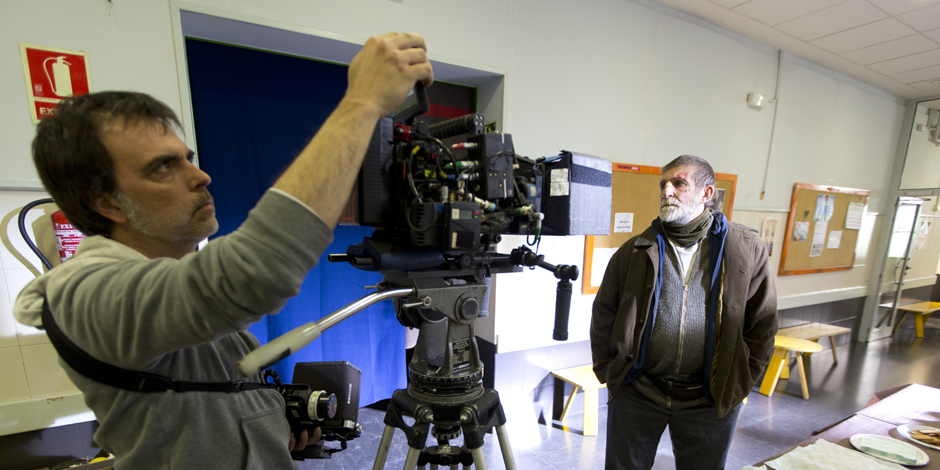 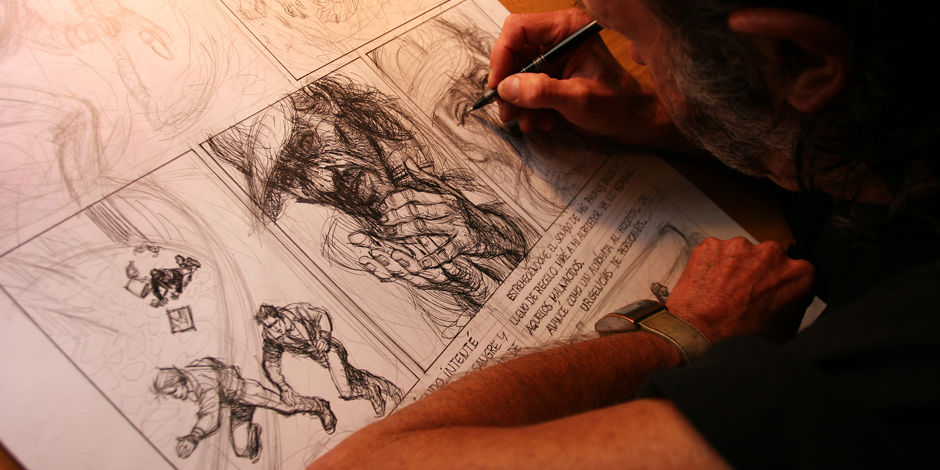 When we go to the theatre, we visit an exhibition, we buy a piece of furniture, we pick a book from the library or we go to the cinema, we look for opening our mind, be moved, be transformed. Imagine, besides, finding the message: #nobodysleepingonthestreet.

In 2010, the designer Curro Claret got in touch with Arrels’ workshop to make an offer: use a metallic piece he designed to build furniture. Over time, the idea turned into a stable workshop in which people who live or have lived on the street are part of. They have made hundreds of stools, benches and lamps.

That same year, at the open centre, a theatre workshop started directed by Carlos Vidal and Gus Bas, two experts in the oppressed theatre, and that gave rise to two theatre plays on the stage of the Antic Teatre called Veus sense Sostre. “Actually, what we’ve done is to turn bad things into something good, and outsource them”, said at the moment one of the participants.

To transform, to create and to innovate are three verbs that, in the last eight years, we have implemented through the art and culture world. And we have done it considering some ideas as a starting point:

Rocío Alonso, responsible of the Arrels’ occupational workshop, sums it up perfectly clear: “On one hand, the person learns to be familiar with the artistic world, to be in contact with the beauty, the sensitivity and the creativity. On the other hand, you discover that the other person has something to give and that the look is equal, one on one”.

In all the artistic and cultural projects that we raise or the ones to which we join in, self-esteem and motivation are exercised. Most of the times, it comes in a very natural way because the person becomes the main character, we bear in mind his voice, gets out of the routine and finds sense to what he does.

We have seen it at painting workshops, at Arrels’ theatre group that meets every week, at the occupational workshop… At the HomelessFonts.org project, for example, we have turned the calligraphic fonts of 12 people into typographies that can be downloaded and Gema, one of the main characters, summed up the essence of the initiative: “There is no other font just like mine”. José, that has been a part of the workshop, also said it: “If I had to highlight anything in capitals, would be self-esteem, that we use for many things and not only for living on the street”.

Expressing ourselves and developing abilities

Photography, theatre, handcrafted work, etc, allow to express themselves in any type of way and, as a consequence, rethink about oneself. 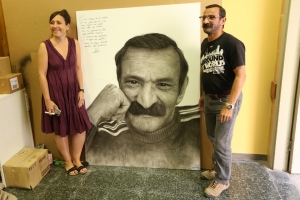 Do you know Samantha Bosque? She is an artist which her work is based in design and painting. Two years ago proposed us to collaborate with the project Vidas inacabadas, a painting exhibition in a great format that had nine people as main characters who were a part of the HomelessFonts project. The work was done by four hands: Samantha painted portraits and each of the main characters took part in their portrait writing their sensations.

Another example: Elvira Postigo. She is a professional bookbinder and volunteer at Arrels’ workshop, for Saint George we get out on the street with a number of unpublished books that adapted great works of universal literature to experiences of people who live on the street. In just a few days, we made 300 books manually.

The fact that we carry out many of the initiatives we promote with professional people of the artistic world, means to work one on one, from a lighter note and go all together because we have a common goal.

The same happened with the theatre play L’últim crit, in which participated people that have lived on the street, volunteers and Arrels’ workers and professional actors and actresses, and that the actress Ivana Miño, lead and directed. Roles were blurred and bonds were created from equality.

Participants of the theatre play Sis Personatges have lived a similar process, last June they stepped into the stage of the Teatre Lliure.

“It has been a very fun and unforgettable process. Almost every one of us were doing things that we have never done before and this has made us work with a lot of energy, but also with a lot of uncertainty”, says Joan Yago, who wrote the text of Sis Personatges.

Recover the own history

The first message of most of the artistic actions that we carry out have to do with the experience of living on the street to change the way society looks at things. That means a great effort to confront lived situations, turn them into words or images and express all that really wants to be transmitted.

That’s what happened to Miquel Fuster, illustrator that lived on the street for 15 years and that has captured his experiences outside in four comics. This is what people who are part of the educative project Passejants Junts do -a project created by Laura Bohigas and that we started together-, sensitizing boys and girls about what it means to live on the street. 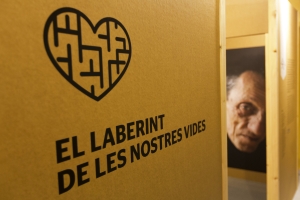 The look towards homeless people brings, sometimes and in implicitly, myths and prejudices that should be broken. Doing it through campaigns or actions is not the only way and we have proved that the message also arrives through performing arts.

Theatre, photography and cinema moves us all and they are a good vehicle to remember that nobody should sleep on the street. In the last months, from Arrels we have explained it through some photography exhibitions and next year we will do it through cinema because we are collaborating in the Sense Sostre movie.

When someone stops living on the street needs to occupy their time and give it sense. Sometimes it is difficult to rejoin the labour life because living on the street damages health. Covering that empty space is the objective of Arrels’ workshop that, for some time now, incorporates artistic perspective.

An example of this, is all the furniture we make in collaboration with the designer Curro Claret, that highlights that the value of the project is the fact that reusing and giving a second chance to materials, is a similar process people do. “You discover you are able to build a stool and you see you have made a useful thing, that is not true that you are useless”, says Rocío Alonso, responsible of the workshop.

To influence the urban space

Artistic takeover in the urban space is an important way to reach a part of the society and that, from Arrels, we would like to use more. Currently, we are present in two streets of Barcelona with two big graffiti made by the artist JupiterFab, with the involvement of two schools, students and people who have slept on the street. You haven’t seen them yet? They are at c/ Avenir nº17 and at plaza del Nord, in Barcelona.

To transform our organization

To the vision of the artistic and cultural projects can help the person and sensitize citizens, it is add up a third option: use theatre, music or audiovisual media to transform our own organization. Arrels’ theatre group has played this role at some occasions. With an audience formed by people who have lived on the street, volunteers and entity workers, the theatre group has helped us, for example, to understand better the assisting model Housing First, to work in aspects of day to day life and deal with some issues of people census that, in Barcelona, sleep on the street and that we make for three years in Barcelona.